There are 4 times of header designs delicately design for our REH Shower Screen Series namely: 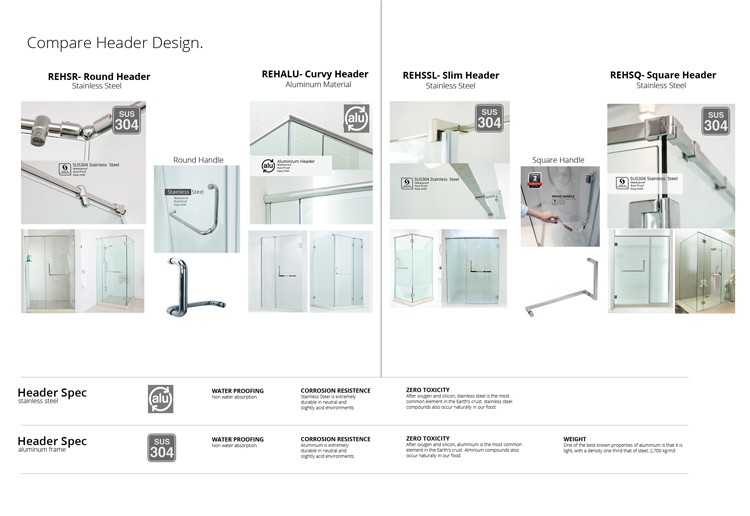 REHSR – The most common header you could possibly find everywhere in hotel, residential or commercial centers. REHSR is our first header series which created since 2005. Its practicability shape and round shape are the most popular pick among the clients.

*Paired with Round Handle

REHSQ- We name this header design as “Hotel Series” as it gives a BOLD and modern touches to our REH shower screens. When it was first launched in 2013, we received tremendous feedback from our clients as being the FIRST in Malaysia introducing this bold design. Designers and architects are among the clients whom always use REHSQ to their client as it is a brand new look to what the market has to offer as compared to REHSR.

REHSSL- This is the SLIMMEST header series we have. REHSSL when first launched in year 2017, it was an instant hit among the young generation especially Minimalist Lovers. If you like things to be simple and minimal, REHSSL is undoubtedly your best take. Its slim and explicit detailing design giving our REH shower screen a complete clean look without compromising its safety.

REHALU- If you prefer something between REHSQ (Bold) and REHSSL (Slim), REHALU is just perfectly for you. REHALU is made from aluminum and its curvy look as compared REHSQ still a favour by many. REHALU is also most favourable from our residential projects whereby the developers and architecture prefers its “friendly” and common look which most loved by many households.

*Paired with Round Handle 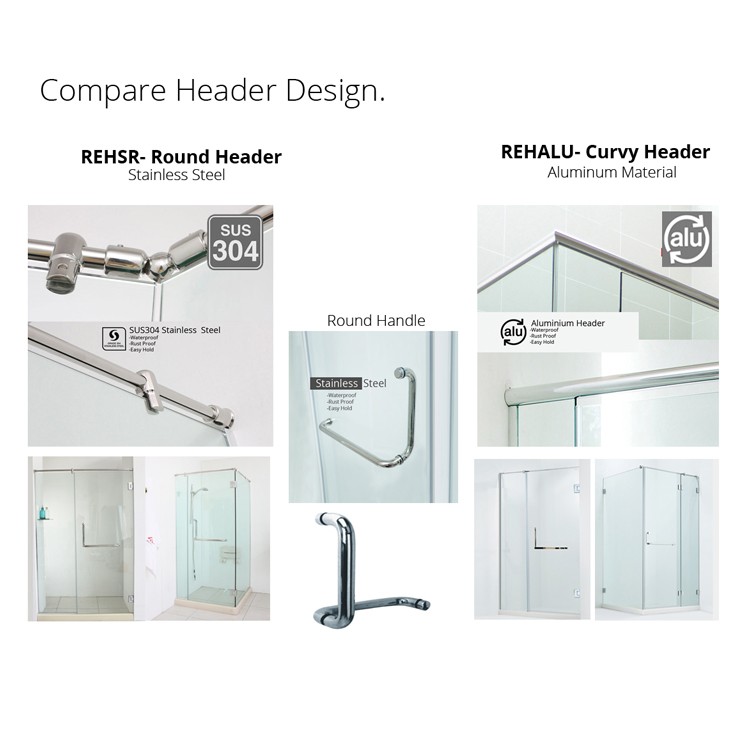 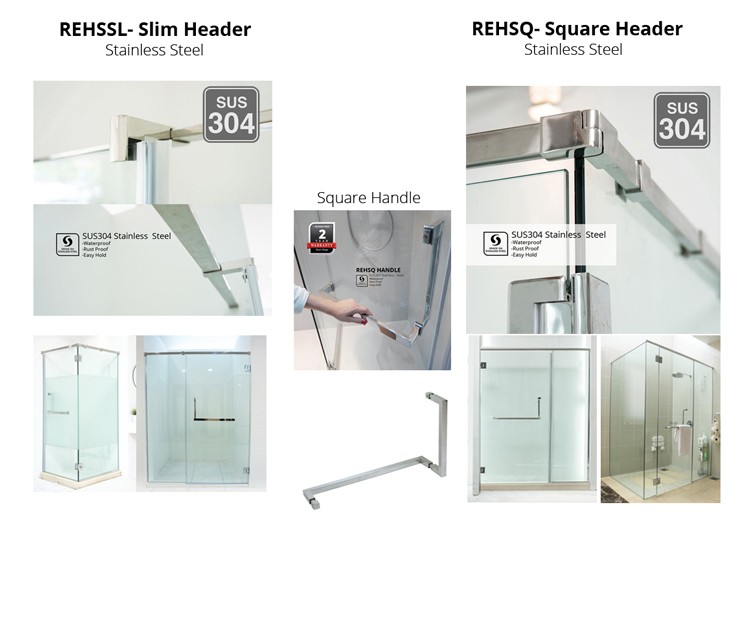 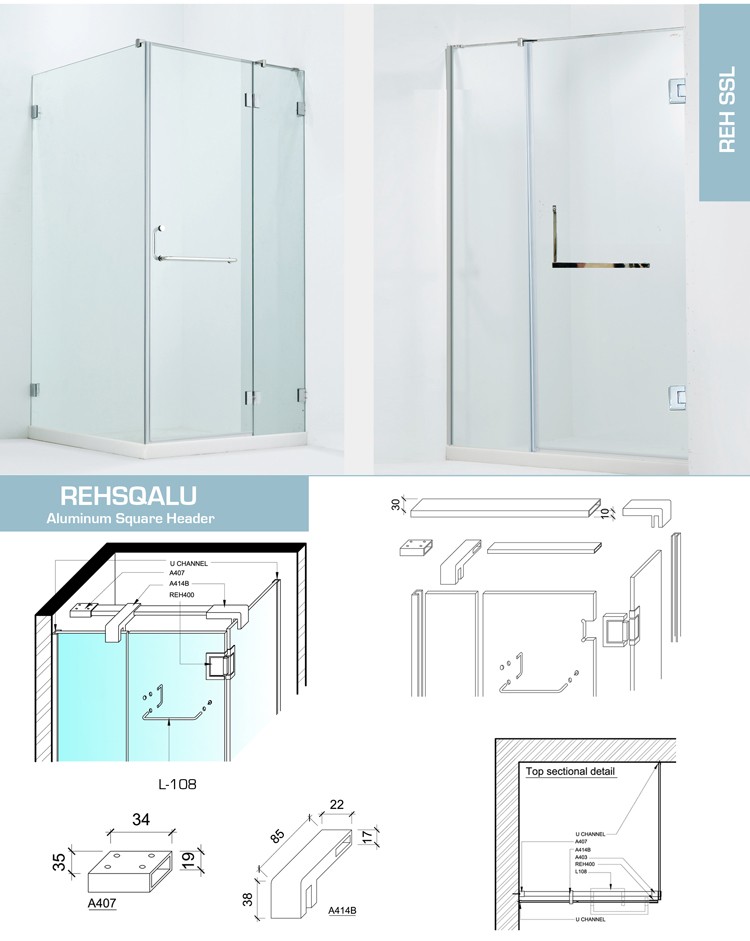 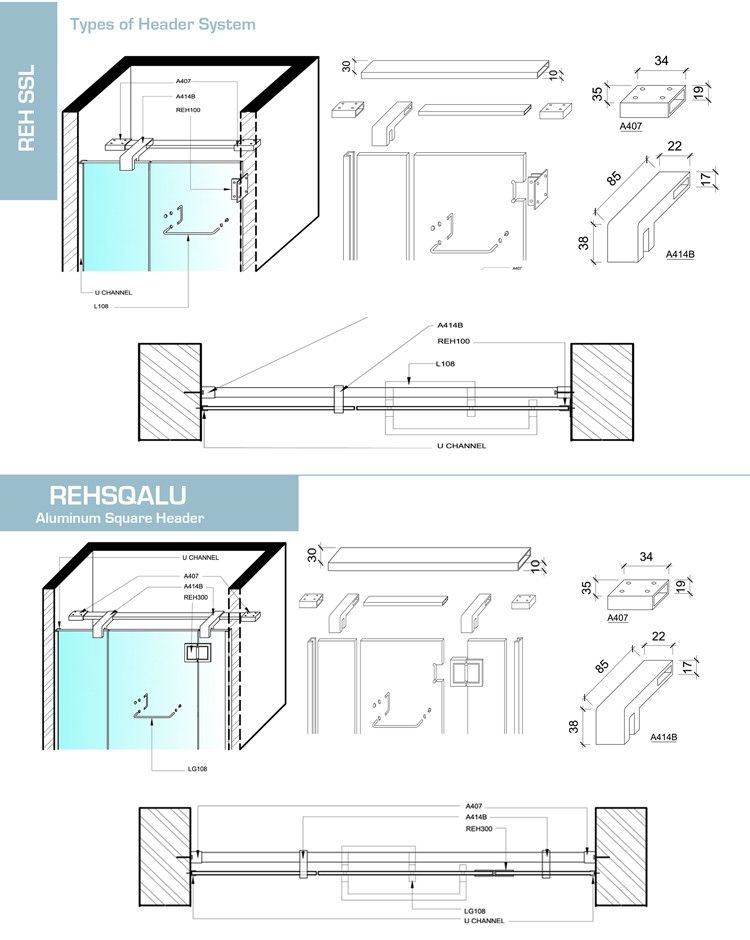